Stephen has designed the new Westminster Abbey memorial to P G Wodehouse. Recently dedicated in a service led by the Dean (the Very Revd Dr John Hall) the Purbeck limestone has been beautifully cut by Stephen's collaborator Annet Stirling in her Amersham studio. The President of the P G Wodehouse Society, Hilary Bruce, said that the stone was 'marvellous'. It is placed very close to Noel Coward's memorial stone in the South Aisle of the Abbey to the right of a stone dedicated to Richard Dimberlby.

Stephen and Annet have worked together before when Stephen was commissioned to design the stone in honour of the founders of the Royal Ballet. It was cut in slate by Annet and is placed near Poets' Corner. 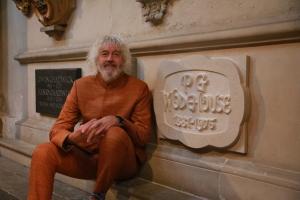 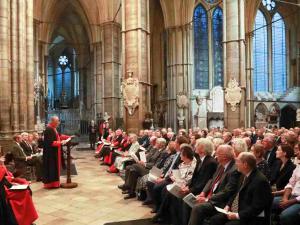 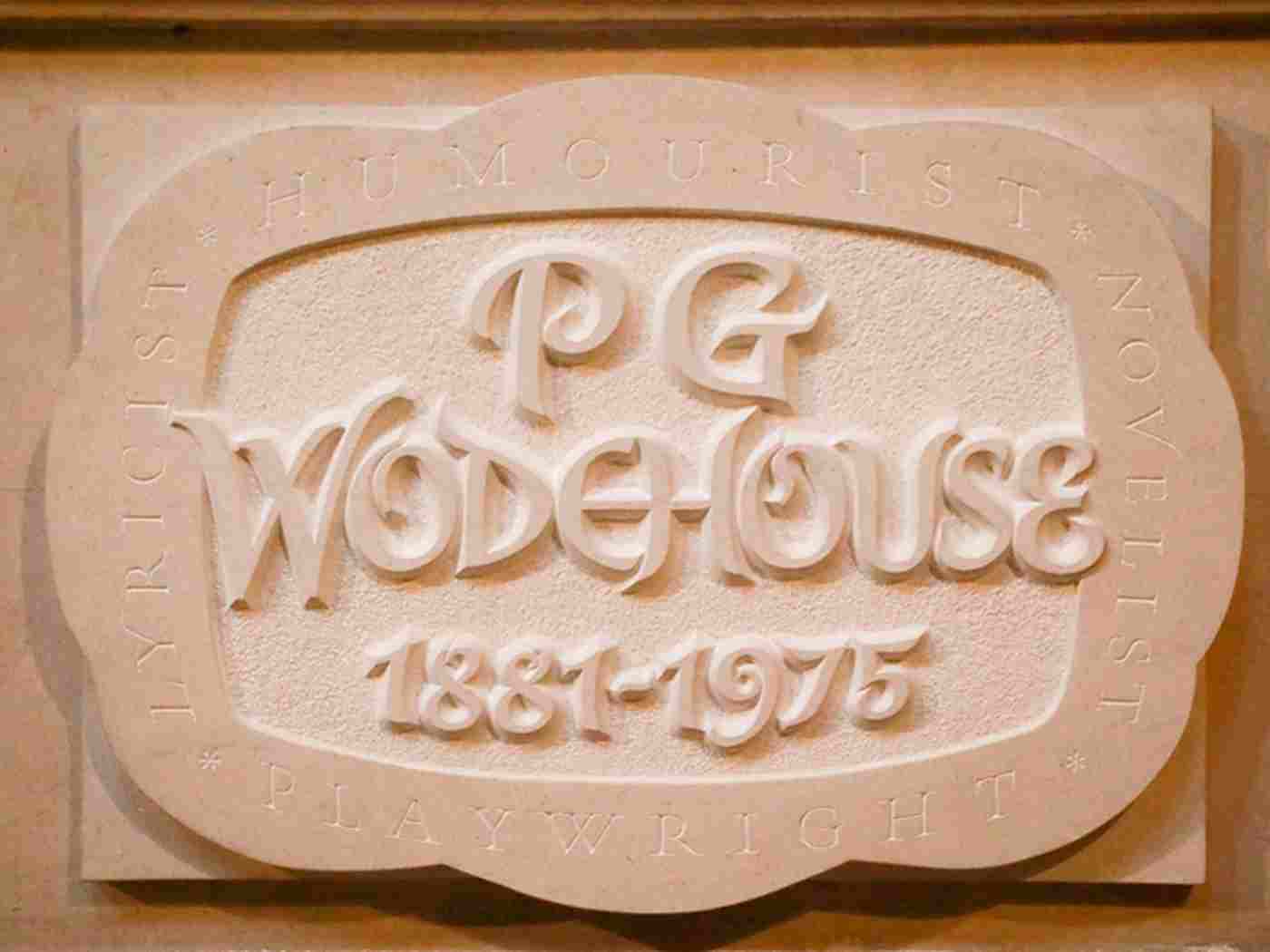 Photos © The Dean and Chapter of Westminster Abbey